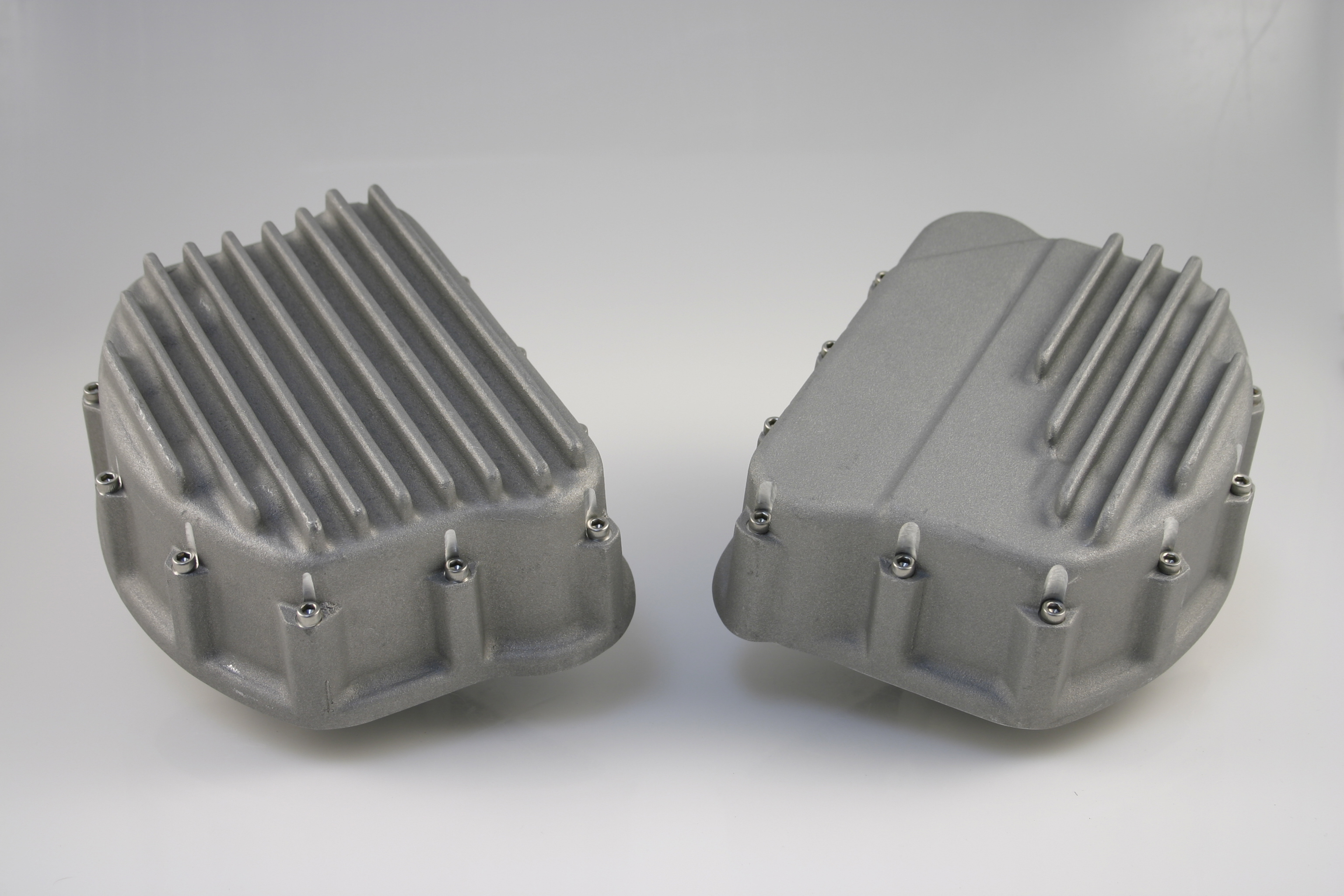 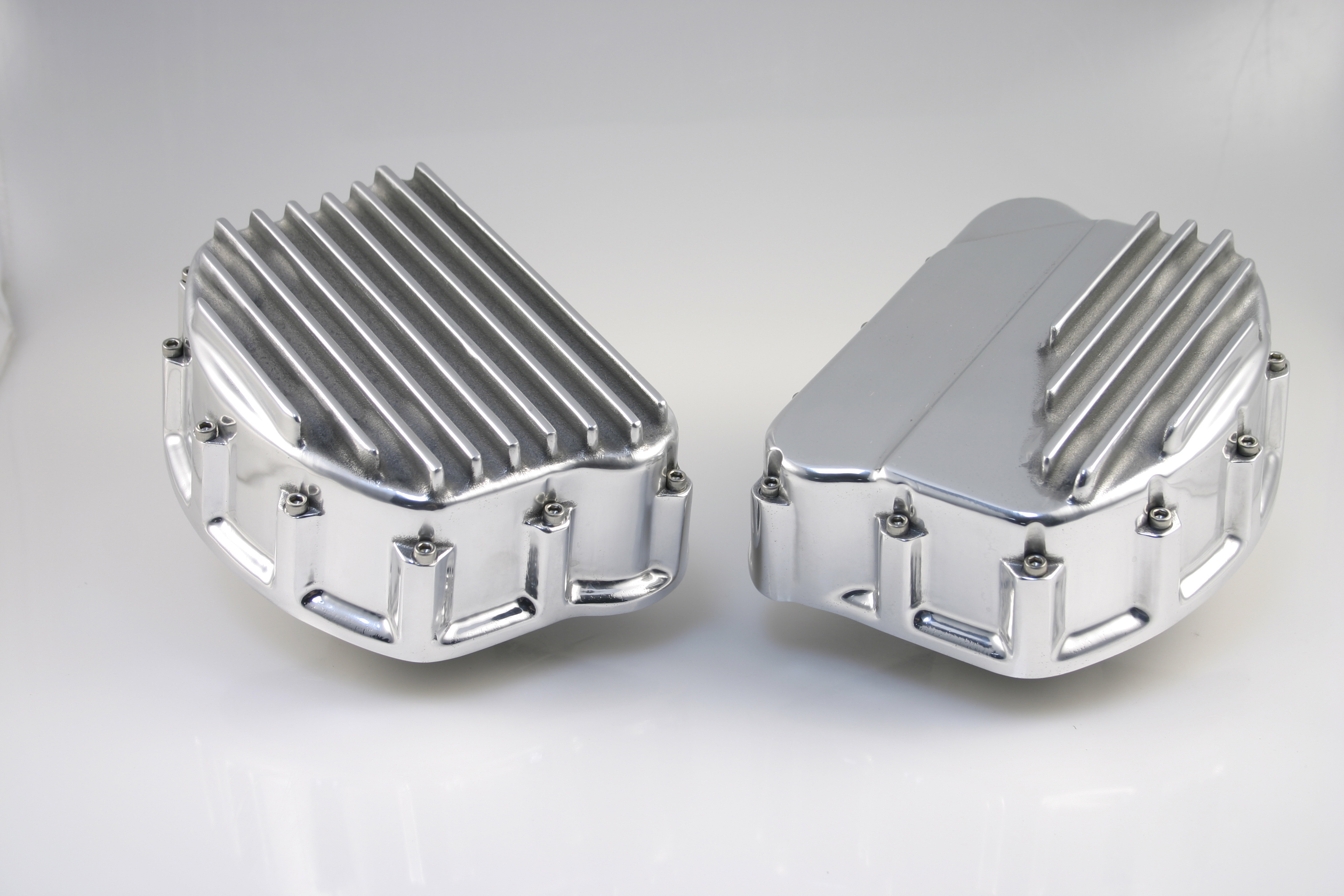 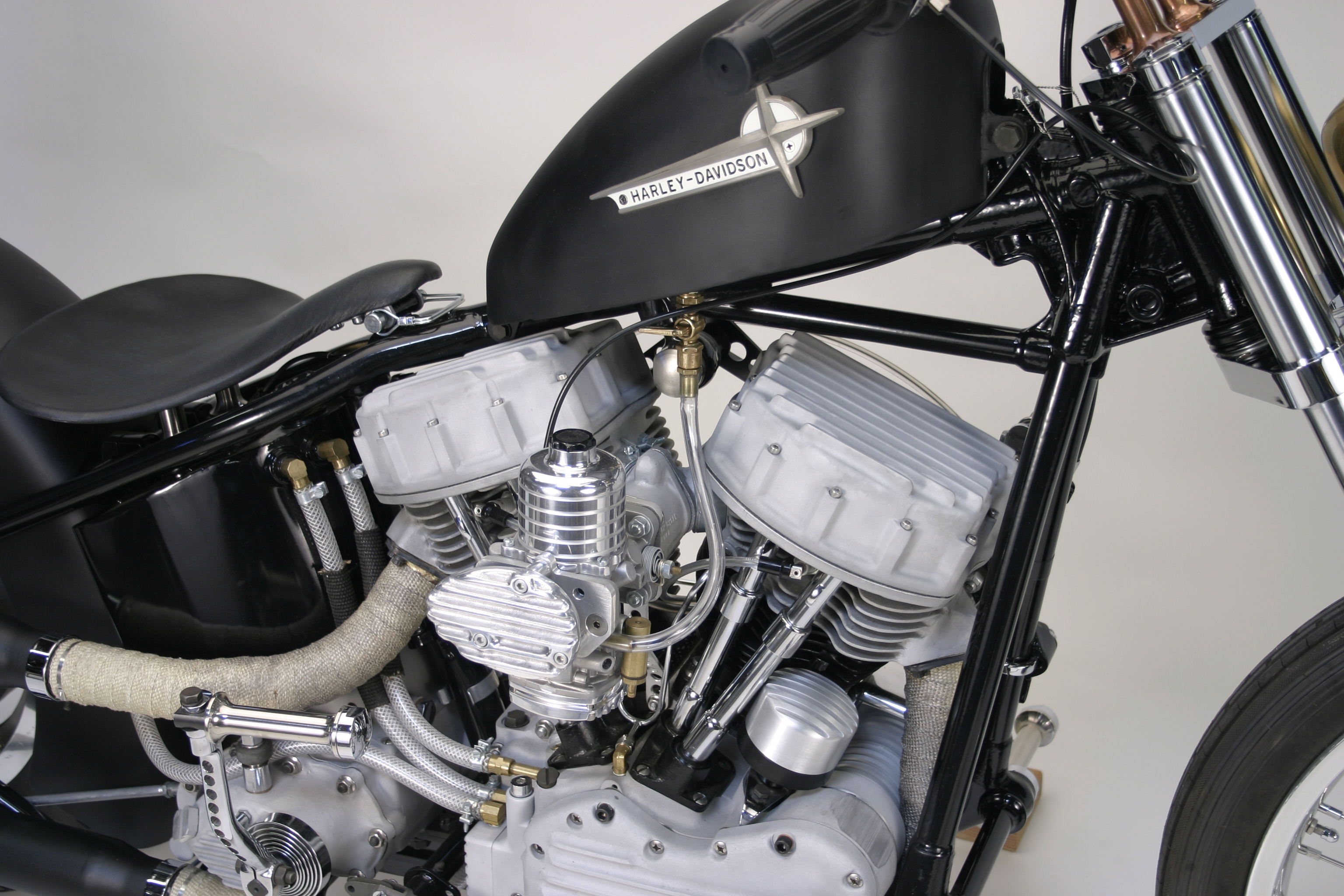 The Finned Dishpan Rocker Covers were designed and manufactured by Randy Smith back in 1968. Randy designed these parts to eliminate the oil seepage associated with the tin Panhead Rocker Covers. These parts also impart noise dampening and cooler running motor.They were a great success and attained a kind of a cult following after they were discontinued. We’ve brought them out of retirement. They are made from the original tooling that Randy designed and also cast from the same foundry. The material they’re cast from is A-356-T6. Available in as cast and Polish finish.

The Evo Rocker Covers act as an oil cooler without the ugly appearance of a bulky radiator or the potentially leaky plumbing. The deep finned pattern machined into the outside of the rocker box and the scalloped pattern inside creates estra surface area and a heat sink that reduces oil temperature 8 to 12 degrees. Made from solid billet aluminum and availble in polish or chrome plated. Beatiful form and great function. 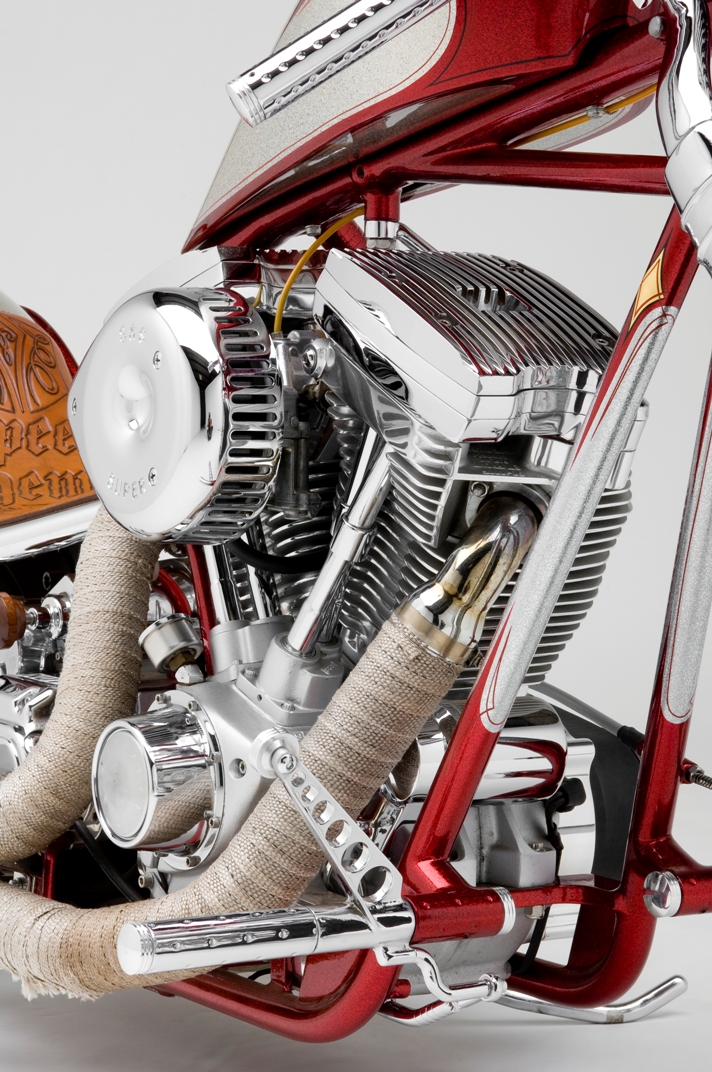 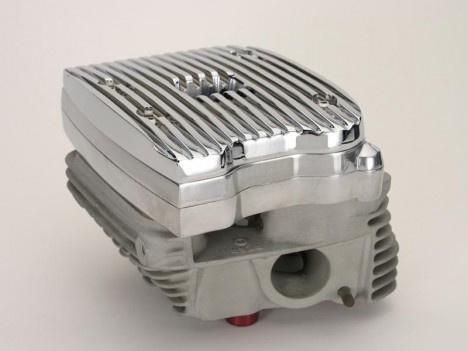